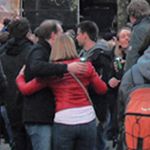 3-Cheek Kiss: If you’re North American, you probably thought it was awkward the first time you kissed a Brit goodbye. You probably pulled away after having kissed on the cheek, while they were leaning in to kiss you a second time on the other cheek. But the Dutch go even further. Instead of kissing each cheek like the Brits (a standard practice in most European countries), they kiss 3 times on alternating cheeks! This tricky 3-cheek Dutch kissing tradition supposedly first began in the southern part of the Netherlands, eventually becoming the standard way that Dutch friends and family greet each other.

Birthday Calendars: The Dutch never want to forget someone’s birthday. In fact, it is so important to them, that they many now use special wall calendars used exclusively for making note of birthdays. Equally as amusing, is that these Dutch birthday calendars are almost always hung in the bathroom! That’s one way to ensure it will always get seen! 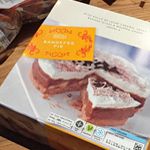 Celebrating a Birthday at Work: People in other countries may be accustomed to having work colleagues do something special for them on their birthday, whether it be a cake, a gift or maybe even being treated to lunch on their special day. The situation is very different in Holland. Here it’s the person having the birthday who is expected to supply their own birthday cake, cookies or candy to share with fellow workers. Weird, no? 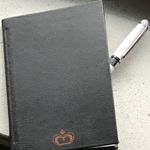 Agenda Planning: The Dutch are consumed with planning things in advance, not just at work but in their private livesas well. Every activity they do regularly is jotted down in an agenda, so rarely will you see one with wide open spaces. If you are a new expat in Holland, be aware that it is never a good idea to think of popping by your new Dutch friend’s place unannounced and expect to be welcomed in. Also don’t be surprised when you go to plan a date with a Dutch friend, the soonest opening they have is several weeks down the road. 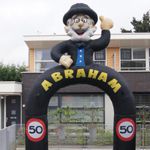 Abraham & Sarah: One  birthday-related tradition the Dutch have is ‘Abraham & Sarah’. This one only applies to a friend or family member who is turning 50 years old. The connection between turning 50 and ‘seeing Abraham’ comes from the bible story and imbues the wisdom one is assumed to have by that time in his/her life (a man turning fifty is said to see Abraham, while a woman sees Sarah). None of that is necessarily unique to the Dutch. BUT here’s the part that is…on the night before the person’s birthday, a giant blow up Abraham or Sarah is placed in front of the person’s house to ensure the birthday person actually does see Abraham (or Sarah) on their 50th. The inflatables are impossible to miss because some of them can be nearly as big as the house itself. 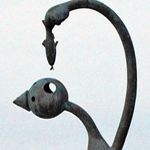 Raw Herring: Eating fish is not unusual; billions of people around the world do it all the time. But the majority of them eat the fish after it has been cooked. Of course, there are also those who eat raw fish in the form of sushi, with little pieces fish being consumed a mouthful at a time…with chopsticks. The Dutch, on the otherhand, turn eating fish into a totally different ballgame. In mid-June a day comes along called Vlaggetjesdag, which celebrates the first catch of herring of the season. On this day, and the weeks that follow, you can catch many a Dutch person dangling an entire raw herring over their mouth before dropping it straight in. Guess that’s so they don’t actually have to do any chewing, just the thought of which makes many an expat want to hurl! 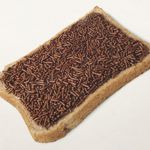 Hagelslag: Here’s another unique Dutch tradition, putting sprinkles on bread for breakfast. That’s right, not jam which one might expect, but sprinkles… dark chocolate, milk chocolate, white chocolate and even rainbow! Don’t think that ‘hagelslag’ is strictly for children. Adults can be seen eating it too! 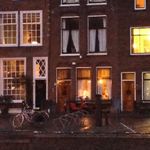 Open Window Blinds: The Dutch believe in keeping their ground floor blinds and curtains open pretty much all the time, because it shows they have nothing to hide. But it also helps to know that in Holland, it is considered inappropriate and taboo for a person to stand and stare into someone’s front window. So, in theory, the tradition of keeping blinds open makes sense. If you know people aren’t going to be peering through your window, there’s not much reason to close those blinds, right? BUT…for a new expat in Holland, it can make for a strange sight. Imagine walking through a typical Dutch old town. The street is mostly dark except for the lights coming from ground floors apartments. In one you’re bound to see a husband and wife eating at a dining room table, while in another you might see a mother, father and children all on the couch watching television. They look at you through the window (because looking outward is okay) looking at them and you just want to yell ‘get some curtains!’